Case in Point | National Museum of the Royal Navy

HMS M.33 is a unique survivor. Launched in May 1915 this vessel is the sole remaining British veteran of that year’s bloody Gallipoli Campaign, and also of the Russian Civil War which followed. Only three British warships from the First World War still exist and HMS M.33 will be the only one open to the public on August 6th, in the year of the Gallipoli centenary.

In honour of the centenary crowdfunding was used by the National Museum of the Royal Navy for the very first time to raise funds for the completion of the conservation of HMS M.33. Moreover, the campaign helped to promote and expose the project to broader and new audiences. After researching a range of different crowdfunding platforms Indiegogo was chosen as it has a flexible funding plan, which allows users to receive the raised funds even if the target is not reached. The next important step was creating realistic perks that would appeal to their audience and that NMRN would be able to fulfil. These perks are used in crowdfunding as incentives, offered to contributors in exchange for their support.

The initial response from supporters was global and very positive, managing to raise nearly half of the target in the first trial. They established good relationships with Australian-based media who were able to feature details of the campaign in their coverage. The campaign was featured widely on digital platforms via emails in e-newsletters, on social media pages (particularly Facebook, Twitter) and a dedicated YouTube film was produced and presented by the Community Engagement team, as part of a wider vlog series. 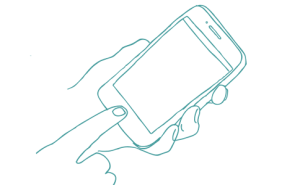 It was treated as a pilot for future crowdfunding projects, exploring the opportunities and benefits of this type of fundraising. NMRN are now looking at how to adjust perks to make them even more appealing to the audience and will test more creative ways to keep the momentum going through the entire campaign period.

Number of people who contributed: 306 people

The most popular perk was the entry ticket to M33 plus e-Certificate for £25 each, which sold out.