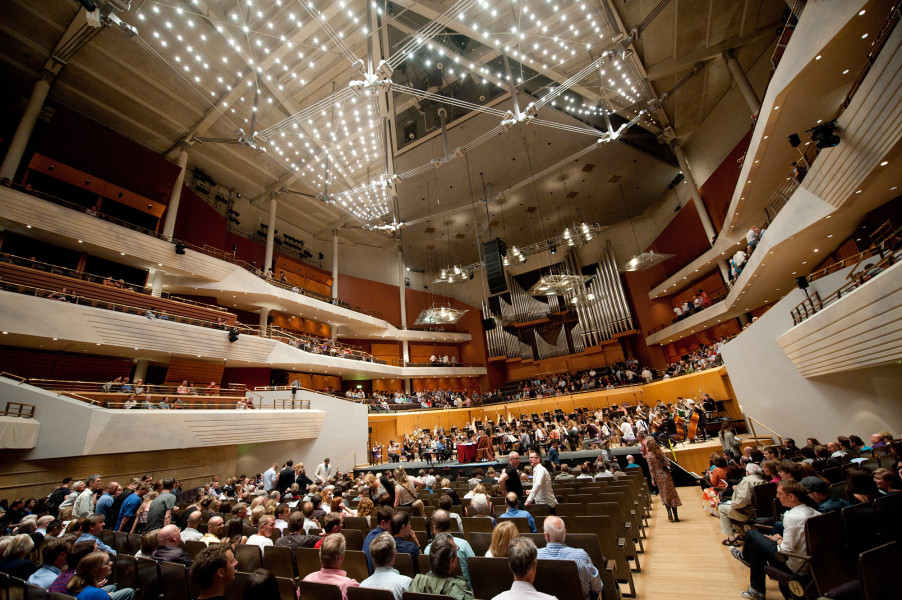 London Symphony Orchestra approached Audiences London (now The Audience Agency) to support a consortium of London orchestras and orchestral venues to help them understand the overall market for orchestral music in London and individual organisations within it; and develop collaborative approaches to growing the size of the market and increasing engagement.

The project started with audience research which identified the London Consortium's target audiences for a marketing campaign. These were attenders who had attended once and two times to any orchestral event across the organisations. These audiences were found to have less confidence and knowledge about orchestral music, many went to a couple of events in quick succession, but then ‘lapsed’ and did not re-attend.

The campaign, which ran from March – July 2011, aimed to encourage these audiences to return and to develop their confidence and knowledge through an online experience-led collaborative offer. The micro-site, hosted by Time Out was the focus of the campaign. The site presented a ‘menu’ of concert options described in thematic terms, based on the nature of the experience on offer, e.g. be blown away, go on a journey, chill out, be adventurous, feel romantic or be uplifted. Attenders were mailed or emailed with information and directed towards the site, from which they could choose a concert, explore more about the orchestras and orchestral venues in London and what was involved in going to a concert.

The response to the postal and email campaign was good, compared to benchmarks, with those who engaged valuing the opportunity to visit a ‘one-stop’ site for orchestral music in London. The information on the site was considered clear and easy to engage with. The initial box office analysis (at July 2011), showed that 10% of respondents to an e-survey booked as a result and 40% said they intended to.

Twelve organisations were involved in the ‘Music to Remember’ campaign:

The project was managed and co-ordinated by Audiences London in partnership with the London Orchestras Consortium. Time Out was a delivery partner for the campaign.

The project was evaluated by using Google Analytics for the micro-site, email statistics from the participating organisations’ systems and an e-survey posted on the site and emailed out to the target audience.

Website statistics compare well to available benchmarks for arts organisations websites, given that the site was a ‘pop-up’, rather than an established site for a single organisation:

A total of 40,000 target bookers were either emailed or posted details of the micro-site. These were all existing customers of the organisations, so could easily be reached.

E-survey posted on the Music to Remember Microsite – summary

I have been finding it difficult to access information about concerts. I have been checking the web sites for all the different venues I can think of up to now. This is much easier.

The concept of grouping music into themes

The initial research was essential for identifying the target audience, their needs, motivations and behaviours, in order to be able to make the right offer to them with the right benefits.

Partnering with a trusted provider such as Time Out for the ‘Music to Remember’ micro-site was considered a key part of the campaign. While the target audience might not have been engaged with particular orchestras or venues, they were existing cultural attenders, so would be familiar with Time Out. Recommendations through this media were therefore considered key to boosting their confidence and knowledge.

Although the site involved a competition to win an iPad, tickets and CDs, this aspect was not that popular with visitors to the site. It appears that those who went to the site were really just looking for information, and required no further incentive.

Many of the attenders’ profiles of the target group, fit the Dinner and a Show’segment – but analysis showed that the infrequent attenders targeted were drawn from across a number of Arts Audiences Insight ‘somewhat engaged’ segments, including Fun Fashion & Friends.

From Audiences London’s experience and the initial findings from the campaign, the approach is replicable at different scales and in different contexts. The essentials in achieving this would be:

As well as the research providing a clear direction for the campaign, it also provided the participating organisations with the confidence to collaborate, as it was clear that they were not in direct competition for their audiences. The research showed that only 36% of audiences across all the organisations were repeat attenders, and these audiences were confident and knowledgeable and created their own ‘menus’ of concert-going. The remaining one-off attenders had little sense of loyalty to any orchestra or venue, so by encouraging them to attend again, they would be on the path to creating their own menu of concert going (which might in the end focus on one orchestra and/or venue).

As the campaign relied on organisations directing ‘their attenders’ to concerts by other orchestras or at other venues, it was essential that organisations were comfortable with this. It was therefore particularly important to ensure CEO buy-in for the collaborative approach, which was done through a joint meeting between all CEOs and marketing staff.

Following this well-supported campaign, the orchestras have gone on to continue to work together in various ways, including developing the Student App – Student Pulse

Thanks to London Orchestras Consortium and Karen Cardy