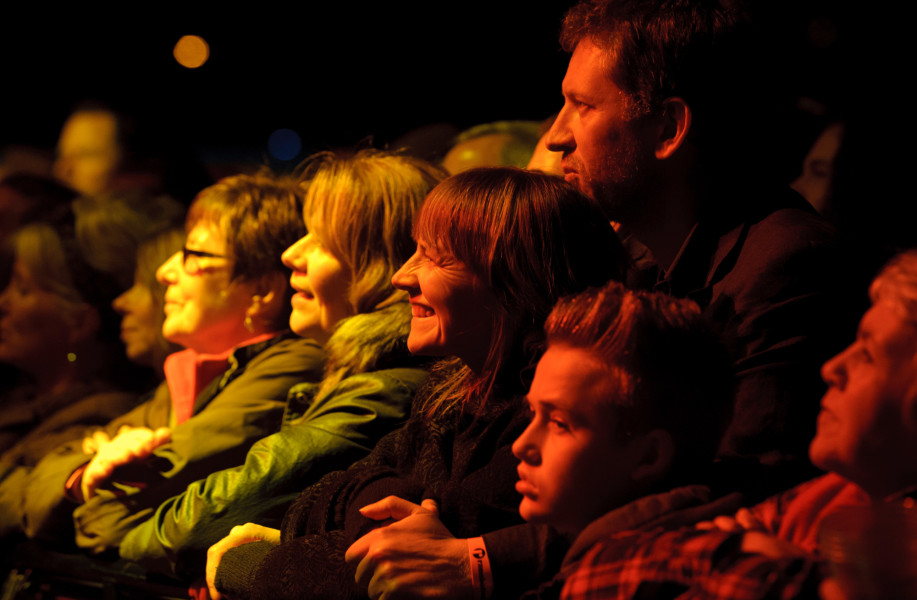 In each of the following case studies Rambert has identified a key issues faced by the company. They implemented changes in response to the various challenges and have presented their findings and outcomes.

Theatre Royal Plymouth has a very successful Friends scheme but few were buying tickets for Rambert despite the company visiting on an annual basis. It was decided to offer them a better than normal concession of ‘2 tickets for the price of 1’ which was offered on the Saturday night performance – instead of the usual first night. Offering half price tickets on a Saturday evening at the same time as all tickets went on sale was not usual for the theatre, and as a rule they did not discount Saturday nights. However, the venue agreed there was little to lose in terms of marketing to try and attract this group.

Compared to the previous year, the number of tickets sold for the Saturday night roughly doubled. Their overall yield also increased by 50p per ticket. Following this success the same Friends discount was repeated for the following year. In this second year of the discount however, very few Friends booked and overall sales for the Saturday night performance were down.

Making an initial compelling offer to Friends worked. However, a blanket repeat assumed the same level of success. It was apparent that those Friends who were drawn in by the offer to try something new the first time, did not then feel they needed to see Rambert again the following year, regardless of how good the ticket offer was. Subsequently the theatre returned to their usual £5 off discount for opening night. The main lesson learnt was positive in that the venue was able to test a new audience development initiative with the company even though it didn’t fit their usual way of working.

Clwyd Theatr Cymru, Mold which programmes Rambert every year was concerned that the company would be performing at Venue Cymru, Llandudno, a relatively short distance away, just four weeks earlier.

As both venues share the same local newspapers, they ran the local press 1 – 2 weeks before opening night at Venue Cymru, several weeks before a usual press campaign for Clywd Theatr Cymru.

Sales for Venue Cymru stayed pretty static, selling the same number of tickets as for the company’s previous visit. However, the early publicity and hype created around Rambert visiting Venue Cymru sparked increased interest in the company coming back to Clwyd Theatr Cymru with final sales 44% higher than the year before.

Although other changes had been made which related to overall ticket pricing and concessions, what was perceived as a potential programming disaster proved a great success for Clwyd Theatr Cymru. Although sales did not increase at Venue Cymru, it appears that both venues were still able to attract their own audiences without cannibalising the potential market, and the early press coverage providing both venues with a boost.

1. To encourage schools to attend performances in Wales and Scotland who have never previously engaged.

As dance is not studied in Wales and Scotland in the same way as in England, school group bookings had evaded Rambert in these geographical areas for years. The company also had funding to deliver free workshops and other activities but had previously found it difficult to persuade schools to attend, even with a free offer.

Due to a mini Scottish tour in spring 2009, Rambert took the decision to openly advertise all school tickets at £1, partly as a PR exercise but also to test the theory that there was price resistance. The venues were Theatre Royal, Glasgow; Festival Theatre, Edinburgh and His Majesty’s Theatre, Aberdeen. As well as workshops in schools for students the company also offered free teacher training days, provided they brought a school party to the theatre, at £1 per ticket. Rambert discovered that many dance practitioners were not based at the schools which was why mailings to schools were having no effect. Following a conversation with Scottish Arts (now Creative Scotland), Rambert received a list of dance practitioners and their contact details so they could be approached directly without going through the schools.

The free teachers’ training days were fully allocated resulting in approximately 150 tickets booked at both the Theatre Royal and also at the Festival Theatre. By having direct contact with the dance practitioners, Rambert was also able to discuss and book in the free workshops for schools, which were also fully allocated.

It took Rambert time to discover that the education system in Scotland and Wales worked very differently to that in England and something as simple as a telephone call to Scottish Arts could set them on the right course. Once they had located the right people, they discovered that it wasn’t that they were not interested; they simply did not know the offer existed. By providing free teacher training on the proviso teachers also brought students to the performance, the company ensured that tickets and education work were not being perceived as separate activities. In some cases a teacher received a free training day, their students had a free workshop and attended a performance, all for £1 per ticket. In this example, the workshops were specially funded and the income generated from tickets was negligible. However, the students were filling seats which otherwise would have remained empty and for subsequent visits, they know knew who they needed to talk to with ticket sales to schools remaining pretty constant - despite an increase in price to £2 - £5 per ticket. Following their success in Scotland Rambert carried out a similar campaign for Venue Cymru in Wales with similar success and are now targeting venues in England which struggle to bring in particular school groups.

Thanks to Craig Titley (previous Director of Marketing, Rambert)