In a constantly changing landscape, the ability to understand and respond to audiences’ changing preferences and behaviours is vital. Anne Torreggiani shares findings from the first wave of The Audience Agency’s COVID-19 Monitor. 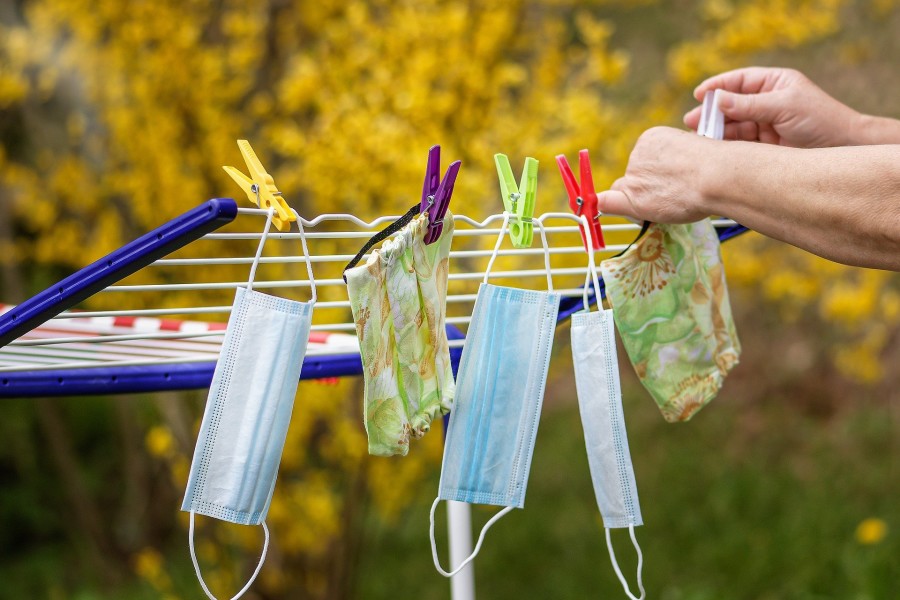 It’s official: doing cultural stuff makes us feel better! At least, according to our new COVID-19 Monitor. We found that 57% of people in the UK think taking part in organised cultural activities adds to their sense of wellbeing. Significantly, this feeling is in no way limited to frequently engaged, core audiences.

With and for organisations

That’s just one thought-provoking insight that leapt out as I skimmed the first results of our new COVID-19 Monitor, a regular survey of changing views about participating in creative and cultural activities throughout the pandemic. An extensive, interview-led exercise, the monitor samples thousands of people from all UK regions and walks of life, providing important new insights into the body of knowledge about core audiences. As a longitudinal study, it allows us to accurately plot changes in opinion as the crisis develops and factors alter - like the availability of a vaccine, for example.

The Monitor is a cornerstone of a major study on the Impacts of COVID-19 on the cultural sector funded by UK Research and Innovation (UKRI) COVID-19 rolling call and issued through the Arts and Humanities Research Council. The project is co-ordinated by the Centre for Cultural Value at the University of Leeds. Its main purpose, however, is to inform the way in which organisations re-open and redesign their offers, helping them navigate twists and turns as they happen.

So far, researchers have got a good grasp on how COVID-19 is affecting core audiences. Indigo’s After The Interval research and our Audience Intentions survey in Scotland signal the very real anxieties our audiences have about returning to on-site and indoor events and experiences, as well as their qualified enthusiasm for streamed content. This picture is mirrored in similar studies from across the global north - have a look at the round-up on our COVID-19 Insights Hub to see just how much. But these are, for the most part, the responses of older, more privileged “highly engaged” attenders. We’ve already seen from our Digital Audience Survey that younger, “less engaged” users really prize digital cultural content more highly as a way of dealing with COVID-19 induced feelings of stress and anxiety.

So, what else does the monitor tell us? The sample for the Monitor means we can explore regional differences in a meaningful way. There is, for example, a significant difference in people’s “readiness to return” between regions – around 70% of Londoners were confident about booking ahead, compared just over 50% in Wales at the other extreme. Critically, we can also see that people who live a long way from centres with good cultural provision – those who we might think of as living off the culture grid – are making the most of all the new digital content now at their disposal. The Audience Spectrum groups living in small towns and on the outskirts of cities are usually regular if infrequent attenders. Digital is changing that, with many in the older Home & Heritage group, for example, trying streamed content for the first time.

Similarly, early indications of the impact that increased access to digital cultural content is having are extremely encouraging. While highly engaged audiences are doing less online than they usually would in a physical space, significantly more people in the so-called ‘less engaged’ groups are engaging digitally. Moreover, around a third of people in these ‘less engaged’ groups said they would like access to more streamed content, including on a paid-for basis.

People identifying as Black or Asian are engaging with online culture relatively more than at physical venues – and in similar or larger proportions than those identifying as White. While 16% of White interviewees had watched a streamed play, 21% of Asian and 20% of Black respondents had done so. These digital audiences – not new but perhaps hidden from our view until recently – are also enthusiastic about online creative participation.

There’s a strong sense that more people have been exploring their inner creative over lockdown, but the monitor suggests that, in fact, the number of people having fun with at-home creativity has remained fairly stable before and during the pandemic. It seems instead that those who already do are doing more. Levels of participation aren’t strongly biased towards high or low engaged audiences, but higher numbers of typically less-engaged people – around 36% - are interested in online classes to participate in creative activities at home.

The preference for digitally-enabled participation skews towards younger people, with nearly half of under-30s liking this idea, compared with less than 20% of over-60s.

As we might expect, that’s just one of many significant differences between age groups during the pandemic. I was surprised to see, however, that while younger people were much more confident about returning to venues (under 24s were three times more likely than over 45s to have booked or arranged a future visit, and three times more likely than over 65s to be happy to attend an indoor seated venue), pretty much everyone thinks that social distancing measures are important - a signal perhaps of a stable or growing communal sense of responsibility.

One of the most noticeable aspects of the age-gap is younger adults’ preference for digital-first content – stuff made for and enhanced by being digital. Older audiences, on the other hand, are happy enough streaming essentially physical experiences. The significant differences in digital appetites and behaviours are striking and must inform how we think about designing future experiences. We will be exploring this in more depth in upcoming waves of the survey.

Practically speaking, whatever organisations are redesigning, they can apply the monitor insights straight ‘off the graph’ by using Audience Spectrum as a filter. All interview responses have been linked to Audience Spectrum, so we know what each segment thinks about returning to different art forms, digital engagement, social distancing and programming. Organisations who know the Audience Spectrum profile of their audiences - or immediate area - can find out what the Monitor is saying about their preferences and changes in behaviour. If your audiences are made up of a large number of Dormitory Dependables, for example, you might want to know that, for an overwhelming 70%, refundable tickets are the most important factor in making them want to start booking again.

This is a first glimpse. There’s a lot to learn from the Monitor, which is being funded expressly to help organisations. Results and findings will be available in short digests and through the Audience Spectrum in the time of COVID-19 profiles. But we also want to hear what people want to know next.

This article first appeared in Arts Professional on 26th November 2020 as part of The Audience Agency's series sharing insights into the audiences for arts and culture.

"Early indications of the impact that increased access to digital cultural content is having are extremely encouraging. While highly engaged audiences are doing less online than they usually would in a physical space, significantly more people in the so-called ‘less engaged’ groups are engaging digitally. Moreover, around a third of people in these ‘less engaged’ groups said they would like access to more streamed content, including on a paid-for basis."