Using Your Area Profile Report Plus

An Area Profile Report Plus (APR+) gives a detailed view on the profile and demographics of a particular area, including splits by postcode sector.

An APR+ is a really valuable source of insight into an area: with all the information of a standard Area Profile Report (including summary tables and maps, showing drive time or however you’ve defined the overall area), in addition to the detailed breakdowns for each postcode sector.

It's provided in a PDF summary and an Excel sheet (to allow you to access the full data and to manipulate it more easily).

The APR+ is made up of two things:

e.g. you might ask for an APR+ that shows an area ten miles around your location (target area), compared to the whole of your local region (base area).

For the target area, you can either define a ‘set’ geographical area (e.g. a local authority area) or an area based on distance (in miles, or ‘drive time’) from a point. If you’re doing the latter, we need to know that central point as a postcode, too.

How to Use the APR+

The following are some ways in which you could use your APR+ for strategic planning, or tactical implementation:

1. Overview of Your Area

What: An understanding of the overall demographics and Audience Spectrum profile of your area.

Why: To know who lives locally, to think about what their needs might be and how your area differs from the wider picture (and therefore what needs might be greater or lesser than elsewhere).

How: Looking at the summary overview, including indices comparing your area to the base (e.g. regional or national comparator). Look at which groups are large or small in terms of percentages and absolute numbers, as well as which are above or below the base (whether the index is above or below 100).

2. Compare Your Overall Audience to Your Local Area Overall

What: An understanding of how your audience’s overall demographics and Audience Spectrum profile compares to that of your area.

Why: To know who you are reaching (and not reaching) out of those who live locally; to understand how representative your audience is of the local area; to identify who you are currently appealing to and for which potential audiences you might need to do something different.

What: See which postcode sectors have the most or least of particular groups, e.g. age categories, particular characteristics, or Audience Spectrum groups.

Why: Find which places you could target for particular activity or campaigns (or where to look for partner organisations), see where particular groups are concentrated, understand how those concentrations are linked to other characteristics.

How: In the Excel version of the APR+, sort the relevant column ‘high to low’ (or ‘low to high’) on either the ‘percentage’ or ‘number’ tab. Look at which postcode sectors come to the top of the list. You can then look at how many sectors cover, say, 80% of people within that group (e.g. is it a small number, in which case the group may be very concentrated, or a large number, in which case it may be more spread out). Once you’ve got your list of highest postcode sectors for the particular characteristic you’re interested in, look at what else they are like. Look across the other columns: are there particular other figures which look like they are higher in the same sectors (e.g. lots of students where there are lots of 18-24 year olds)? Are there some places where this pattern doesn’t hold?

4. Work Out Your Audience Penetration by Postcode Sector

What: See which places you have a higher/lower proportion of the population attending.

Why: Not all postcode sectors contain the same number of people: penetration helps you to understand how successful you’re really being in reaching people from within an area, controlling for those differences in population, to find ‘hot-’ and ‘cold-spots’. It also can also be used to define catchment areas.

How: From your own audience data, count your number of attenders from each postcode sector. Transfer that across to a new column in the APR+. Now divide that number by the population in each sector (multiplied by 100 to give a percentage). This penetration figure can be useful when working out your catchment area, too: you’ll probably want to sort from highest to lowest by penetration (not just raw audience numbers) to understand where you’re getting a highest proportion of people from. This can be useful to map, too — including overlaying transport networks, for example.

Note: it’s possible to get a penetration of over 100% (!), e.g. if people have moved house, there could be more people who’ve lived in an area than there is population at any one time, or individuals could be being double counted for some reason. Don’t worry — the relative penetration is usually more important than the absolute figure.

5. Look at the Different Profile of Areas Where You Have More/Fewer Audiences

What: See which other factors are linked to the postcode sectors where you have most or least bookers.

Why: To understand what demographic or profile factors might be linked to people attending or not; to understand how areas you want to extend your audience into may differ from those you currently reach.

How: From your own audience data, work out which sectors you have most and least audiences from (you may wish to divide them in to several bands). Then transfer these to the Excel version of the APR+, as an extra column against each sector. Next, work out how each of the characteristics vary based on those bands (e.g. the proportion of people from Asian/Asian British backgrounds, or with degree-level qualifications).

What: See which postcode sectors have similar populations to each other, based on particular characteristics (e.g. where has the same highest two Audience Spectrum types).

Why: It can be difficult to look at lots of small areas: by grouping areas, you can create fewer, larger areas that can still be specifically targeted; it also gives an understanding of the make-up of your local area.

How: Decide which attributes you are most interested in: is it the age of the population, or how much they tend to go to an artform, or what Audience Spectrum groups are highest? In the Excel file of the APR+, sort by those columns, and either highlight them by bands of how high the proportion is, or create a new column with numbered bands (e.g. you could use quartiles: the quarter which are highest, the quarter which are next highest and so on). You can then look at where the groups are in several ways: looking up in the APR+ the names of the sectors; making a map on computer of the different lists of sectors (either yourself, or by asking us to do it); or draw/highlight them on a hard copy map (you can buy laminated postcode maps for different areas online, which can work well).

7. Link Your APR+ to Other Information

What: Add information from other sources to the APR+.

Why: There may be other information you’d like to compare, or to give a more detailed picture of your area.

How: Add the external data to the APR+ as additional columns. Try to get data from the same time period as the existing data in the APR+ where possible and be careful about the differences between the number of individuals and households, and whether there are particular age groups excluded from the data you’re appending (e.g. children).

There are a wide range of other ways in which you can use your APR+: if you have any questions or would like to share ways in which you’ve found it useful, please get in touch via hello@theaudienceagency.org.

Find out about the demographics and cultural engagement in your catchment 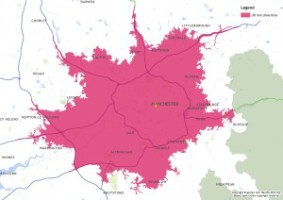 Watch our 4 minute video for a more visual introduction about how to order, understand and use your Area Profile Report. 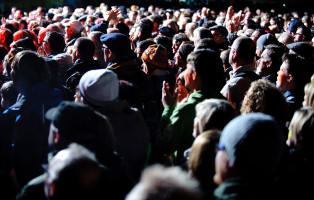 In this two and a half hour workshop, we will walk you through our popular Area Profile Report.

Guide | An introduction to indexes

This toolkit explains how indexes are useful in allowing us to compare data against a baseline average. 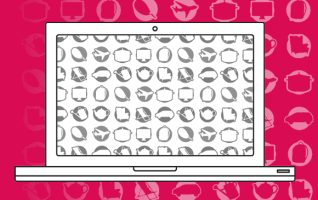 The most powerful segmentation tool for the cultural sector.