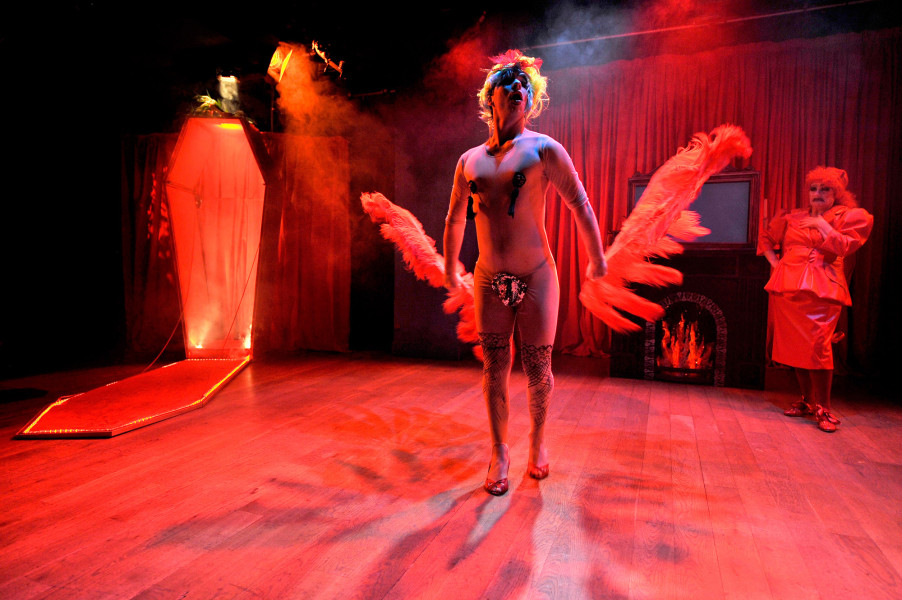 English Touring Theatre have been undertaking regular audience information collection for a few years delivered by The Audience Agency. This has included analysing venue box office data and doing dedicated audience e-surveys. As an established touring company of mid and larger scale work, understanding who its audience is and their relationship to both the company and the many venues the company tours to, has been crucial to their engagement success. This understanding has enabled the company to develop relationships with venues, identify audience potential, report effectively to stakeholders, make evidence-based funding bids and understand the relationship between programming choices and audience potential.

This case study focuses on the research around two different shows: Anne Boleyn (a co-production between English Touring Theatre and The Globe Theatre on Tour) and The Misanthrope (a co-production between English Touring Theatre and Liverpool Everyman and Playhouse) in 2012 and 2013. While this level of research will not be appropriate for all touring companies, firstly it shows that research is possible in collaboration with venues and secondly illustrates some more universal audience behaviours in relation to touring work.

The research around both productions, while slightly different was designed to better understand:

Support and guidance was provided by The Audience Agency to do this and venues benefited by receiving a short report of the findings for their venue survey. Response rates were good and there were sufficient postcodes to undertake robust profiling.

The primary way audiences found out about the productions was through sources which came directly from the theatre, mostly the theatres’ email lists. This corroborates findings from other similar research that audiences’ strongest affinities are with venues. They are more likely therefore to be using a venue’s email list than the theatre company’s as their primary source of information.

Audiences’ strongest motivation for attending The Misanthrope was Roger McGough’s role as adaptor followed by Moliere as the writer. For Anne Boleyn it was the play (theme and writer) in combination with the producers. Essentially the play itself was the key motivating factor for audiences ie. an interest in the content and style of work.

Audience awareness was high regarding the involvement of both English Touring Theatre and Globe Theatre On Tour for Anne Boleyn. However, for both Anne Boleyn and The Misanthrope around a third of bookers agreed with the statement ‘I’m not generally bothered about who produces a play’. Those audiences with more knowledge and experience of different companies and their work are vital as ambassadors and influencers as well as attenders. However, much of the audience, as outlined in above are still mainly choosing to attend on the basis of their interest in the play and an affinity to a venue.

Attenders and non-attenders’ profile and behaviour

The demographic profile of attenders and non-attenders was very similar. The majority of non-bookers for the production in question, were aware of it, and non-attendance seemed to primarily revolve around not being able to attend, lack of interest and a few who did not know it was on. So, essentially non-bookers for an English Touring Theatre production were in the market-place, but just needed more persuasion or reminders.

Anne Boleyn was an English Touring Theatre and Globe On Tour co-production, written by Howard Brenton and directed by John Dove. A hugely popular and successful tour of a production about a well- known figure in British history. The Misanthrope was the third production in a trilogy of Moliere comedy adaptations by wordsmith Roger McGough, directed by Gemma Bodinetz after Tartuffe and The Hypochondriacs, (in 2009, 2011) and finally in 2013, all co-produced with Liverpool Everyman and Playhouse.

These findings cast a useful light on the idea of loyalty. For the Anne Boleyn audience it appears to be around the venue whereas for The Misanthrope there is some sense of loyalty to English Touring Theatre’s series of work.

The Misanthrope and other plays in this Moliere series were also presented at venues with which English Touring Theatre has a stronger relationship and more regular presence. So, the company is very effectively building audiences with the venues for their work in a strategic way.

This example also highlights that while audiences are mostly motivated by the play itself, a show with a more familiar ‘hook’ is likely to attract a broader audience in terms of their cultural interests. While a track record for The Misanthrope supports attracting a more play specific audience, both productions were successful but with slightly different audiences - which the venues had cultivated - in the case of The Misanthrope in collaboration with English Touring Theatre, over a period of time.

Thanks to English Touring Theatre and Mark Slaughter