Feature | A tale of two regions? Engaging arts audiences in the West Midlands 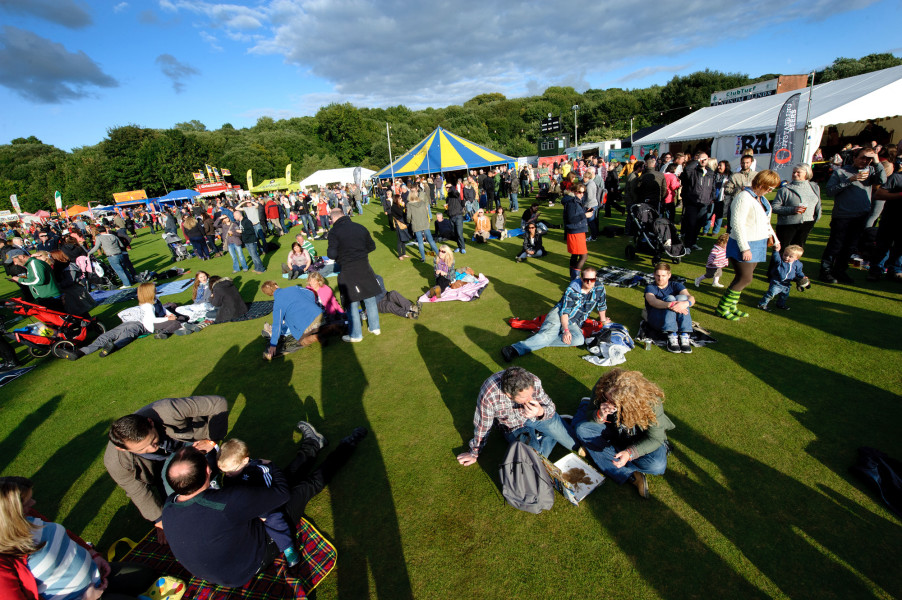 As the West Midlands enters a new decade, the planning ramps up for two major public events - Coventry 2021 and the Commonwealth Games in 2022. With all eyes turning to the region, we take a look at the profile of its audiences and consider how organisations should be thinking about them in the 2020s.

84% of the West Midlands population is in a middle or low engaged Audience Spectrum segment, with 50% falling into the Trips and Treats, Dormitory Dependables and Facebook Families categories. These are ‘super-groups’ for the region – and it will be important for the local sector to get to know them (even) better. This kind of audience breakdown is not found in all places - many other regions are far more heavily reliant on highly engaged groups. So lots of organisations will know how to avoid an elite audience bias, at least some of the time. In less good news – let’s call it an opportunity - over three quarters of the region’s population engage with arts and culture once a year or less. So there’s plenty of potential to reach further and wider.

As evidenced in our Area Profile Reports, overall attendance is lower across all artforms when compared to the UK average. The highest attendances are for:

Conversely, the lowest attended artforms in the region are:

These small but significant differences are hardly surprising given that the West Midlands population overall tends to be less engaged with the arts. And they highlight how building a rapport with younger groups like Facebook Families and Trips and Treats is going to be so important in the future.

One barrier to engagement is that a lot of West Midlands arts offerings are concentrated in what we might think of as ‘cultural fortresses’, narrowly distributed in central or less accessible areas. Short of running our own bus service, what can the sector do in a region with such limited public transport? The best response probably lies in a more collaborative approach to getting interesting and engaging work into a wider range of settings and locations.

Over 40% of the region’s population lives in counties that are predominantly rural, often with one larger town or city at the centre. Herefordshire, Shropshire, Staffordshire, Warwickshire and Worcestershire all broadly share these characteristics. Both Worcestershire (22%) and Warwickshire (25%) have a larger number of high-engaging Audience Spectrum segments compared to the West Midlands generally (16%). But by far the largest group in these rural counties are middle-engaged segments (58% rural, 38% urban). This goes some way to explaining the relatively high levels of attendance for certain artforms (Art Galleries, Classical Concerts, Plays and Drama, Rock/Pop and Theatre).

What we see emerging from the data is a population that has more time and disposable income, and probably also faces fewer barriers to accessing arts and culture.

Casting our eye across to Birmingham, Wolverhampton, Coventry, Walsall, Dudley, Sandwell, Solihull and Walsall, Telford and Wrekin and Stoke-on-Trent, we see a very different story. This is where the high proportions of less engaged segments (52% urban, 23% rural) make a big difference.

People in these areas are more likely to:

This suggests a population with less time and income to spend on leisure, in addition to other potential barriers to engaging with the arts. You can see how ‘cultural fortresses’ could really exacerbate this situation.

This all points to the case for a dual regional policy – one that considers these population differences and the unique identity of places. In Stoke-on-Trent and the Black Country, the successes of Creative People and Places (CPP) programmes Appetite and Creative Black Country are now beginning to have a long-term impact on the area and people’s cultural engagement, with new expanded projects having been announced for both partnerships. This sustained investment and commitment to a place-based, co-designed approach has taken time to build.

We know there is still significant potential to increase engagement in urban areas. Travel considerations, time pressures, lack of confidence, and basic awareness are all common barriers. We know that working in a hyperlocal way, opening conversations that lead to relevant and accessible programming (i.e. is it close, open at the right time and at the right price?) really does help with overcoming hurdles. And you don’t have to be in a CPP programme to work in that way. A consortium approach can help organisations spread resources to test ways of working and share results to inform a joint place-based strategy.

In rural communities, the opportunity is simpler. The issue for a culturally interested but geographically isolated audience is straightforward: distance. From our work with Rural Touring, we know audiences are willing to travel further and are actively looking for opportunities to engage. Yet with dispersed communities, less infrastructure and a lower number of nearby arts organisations, it’s not necessarily an easy problem to solve. Again, the solution may well lie in a greater degree of innovative collaboration.

If working together is indeed the key, organisations in the West Midlands are well placed to seize the opportunity. The region is well-networked, and with Coventry as City of Culture and the Commonwealth Games approaching, conditions for collaboration are really favourable.

If you’re thinking of working with other organisations, it’s worth considering that while the long-term benefits should be considerable, it can be resource-heavy getting plans off the ground. Having worked with many consortia, we advise taking an experimental approach – testing as you go while keeping eyes on the long-term prize. Whatever else you do, make the most of the evidence available to plot your path. You can use the data in Audience Finder to spotlight and track genuine collaborative opportunities together, showing where your efforts to build new audiences or focus marketing activity are likely to make the biggest impact and whether or not you are succeeding.

This article first appeared in Arts Professional on 13 February 2020 as part of The Audience Agency's series sharing insights into the audiences for arts and culture.

'With Coventry as City of Culture and the Commonwealth games approaching, conditions for collaboration are really favourable'